What’s That Stock Worth?

What is Intrinsic Value for Stocks?

Intrinsic value is the true value of a company using fundamental analysis.

Intrinsic value includes everything from inventory to furniture and fixtures to the intangible things a company owns (trademarks, copyrights, patents, etc.).

The thought here is that if a company were to be shut down and sold off today, what exactly would it be worth.

Intrinsic value is a core concept of investing that is often unused by the majority of investors.

The Psychology Behind It

For most investors, trying to choose what stock to invest in is similar to a craps shoot. Hopefully you hit, but the dice aren’t always in your favor. Often, investors will listen to the talking heads, gurus, friends or watch some tv channel or investment show to try and decide what to buy. 99% of the time, however, there is no real understanding of a company’s true potential before making the investment, however.

ABC Company has a stock price of $12 per share. Your friend tells you that they heard that ABC Company is about to skyrocket. You decide to ask your “financial advisor” and they tell you that it could go up as well. Good investment? We don’t really know, but this is how most people make their decisions.

Now, let’s do a bit of research… ABC Company has taken on $300 million in debt to restructure the company. They are working on a new product line and hopefully it will sell. Their total bills are running $2 million per month and total income is $750,000 per month. Now how does it look as an investment? (This is a turn and run…BTW)

This happens every day though. In fact, many companies that are in this type of situation will hire stock brokers to get the stocks moving to make it seem like it’s worth more in order to sell more shares.

In this scenario, a good Intrinsic Value calculation would value the company at $0.00 or negative telling us that if the company were to shut down today, there would be nothing to get.

Stock market pricing is based purely on two factors: Fear and Greed. Sometimes we will say supply and demand. Though there is some truth in that, it is the emotions of fear and greed that drive supply and demand.

That being said, a person will only pay for something what they think it is worth, not necessarily what it is actually worth. Using the photo at the top, you can see the current market price and the intrinsic value. The company is worth nearly 10x what it is trading for in the market. We don’t often see this type of a difference, but it does happen. These are usually ones I immediately add to my watch list.

What I look for is something that has an intrinsic value at least 25% more than the market value. These I call “On Sale.”

Intrinsic value and market value are rarely the same. However, they are like magnets. The prices will gravitate closer together over time until something happens that changes one of them drastically.

United Therapeutics hit my radar in April 2012 when the price was at $43 a share. My intrinsic value calculation said at that time that it was worth $126 a share. Over time, the price of the stock increased to the intrinsic value and jumped to $130 a share in September 2014. That’s a 3:1 return in 2 years. As of July 2018, the intrinsic value of the company has dropped and the prices have been coming down a bit to match.

What We’re Looking For

The idea behind this is to look for items that have an intrinsic value higher than the market price because it gives us a much greater chance of making profit over time with an investment.

The intrinsic value calculation we use is a proprietary calculation that was designed for my investment model. Fortunately, you don’t have to be like Matt Damon in A Beautiful Mind. If you can type in a stock ticker symbol, you can get the value.

If you haven’t already enrolled, you can go ahead and enroll now. 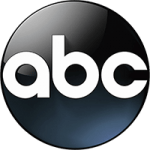 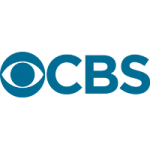 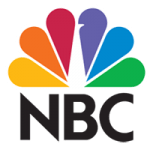 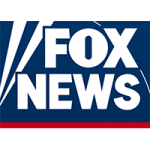 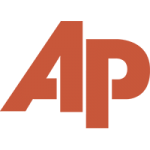